Three of the test chamber configurations include: 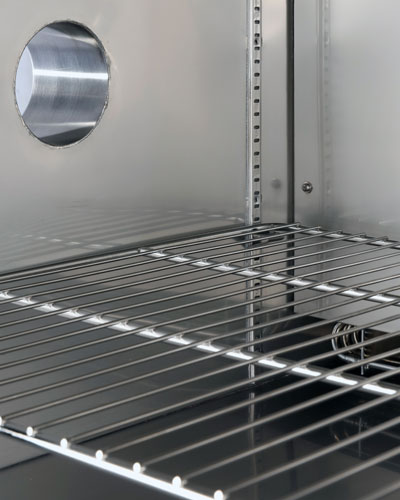 Often times products under test need to be placed on shelves or racks for optimized testing. Shelves and racks are custom made for each application. Every chamber comes with one adjustable shelf, more can easily be added. 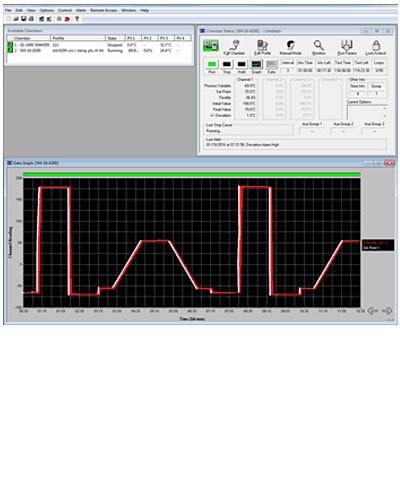 Thermotron's ThermoTrak II™ software has innovative capabilities to make test chamber control more efficient than ever before. Designed with input from engineers worldwide, ThermoTrak II™ has been designed to simplify lab management and improve performance by saving time, increasing productivity and cutting costs.

ThermoTrak II™ is a networking system that provides access to chamber programming, operating, data acquisition and display functions from a single PC. It allows for multiple Thermotron chamber controllers to be linked and automates and simplifies your testing process. It also allows you to run several test profiles simultaneously.

The exclusive instrumentation, operating speed and equipment compatibility elevates productivity and its tracking and recording features make data collection more accurate and efficient. While the Microsoft Windows® based environment makes setting up and using the ThermoTrak II™ software easy. 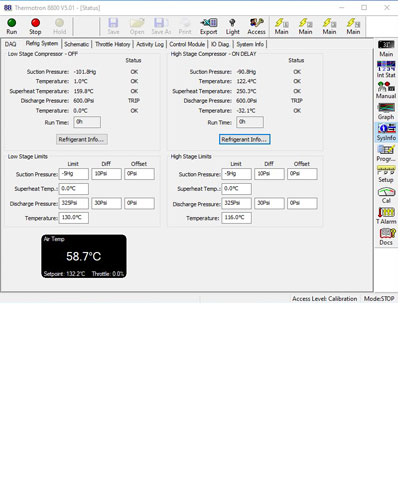 Thermotron's built-in System Monitor streamlines troubleshooting by providing continuous self-diagnostics on refrigeration suction/discharge pressures and temperatures. This reduces maintenance and troubleshooting time by indicating the system malfunction or trip. The feature also tracks running time to aid in preventive maintenance scheduling and restarts the chamber after nuisance trip or power loss (different restarts can be programmed as well). 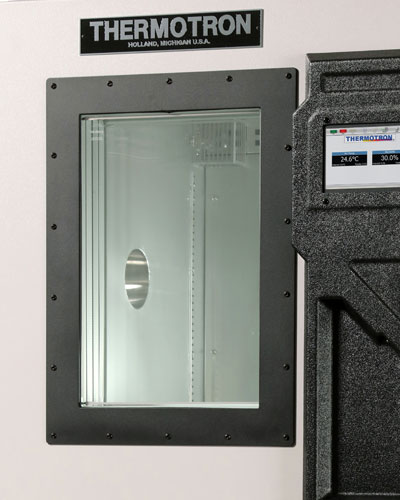 Almost all Thermotron chambers come with one standard window. Additional windows are available. Widows can also be custom sized and shaped to accommodate product viewing. Consult with your local sales representative for more information.